Cilgerran in Pembrokeshire boasts a picturesque ruined castle overlooking the Teifi Gorge which it was built along. The castle sits on a rocky promontory above the River Teifi.. The original castle is believed to have been like many others, an earth and timber castle which was probably constructed in around 1100, this castle was eventually strengthened and improved, by the Earl of Pembroke the masonry which exists today is dated around 13th century.

The castle is now a National Trust property, in the guardianship of Cadw: Welsh Historic Monuments Executive Agency.

The castle is largely a ruin, though two substantial towers remain which give an excellent idea of the scale of the building. The castle can be seen from several vantage points along the river. From the castle there are pleasant walks down to the River Teifi and into the village of Cilgerran. One of the other main attractions in the town include annual coracle races.

This event, started in 1950, attracts competitors from all over the world, it has now become a sporting event as well as a visitor attraction. Cilgerran Festive Week is an annual celebration bringing together the village in a number of activities from children’s sports to fancy dress, carnival and horticultural show – the main event is the traditional coracle racing which takes place on the Saturday nearest August 19th on the River Teifi near the Castle ruins.

The coracle is a traditional lightweight wooden boat, flat based for ease of use on shallow, fast-flowing rivers and lightweight and small enough to be carried by a single person. You can see examples of coracles from all over the world in nearby Cenarth however the coracle was most widely used in Wales for fishing and the River Teifi was its stronghold; the races and several well known local enthusiasts keep the tradition alive..

Place to eat nearby Cilgerran Castle include: The Cardiff Arms, the Pendre Inn and The Rampin (for drinks). 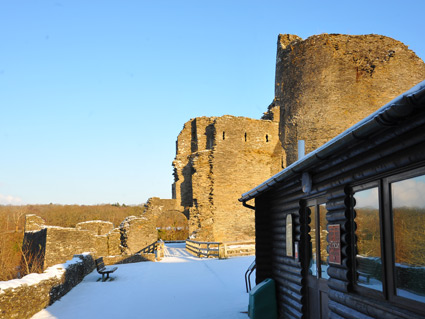 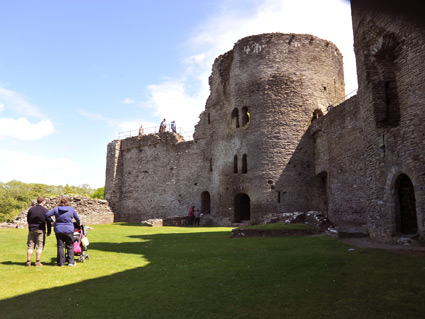