Built in the 13th century and set in 40 acres of gardens and woodland, Picton Castle is a great day out for all the family. There is also an adventure playground (see photographs below) to keep the children fully occupied.

The castle was most probably built by Sir John Wogan, who was Justicular of Ireland between 1295 and 1308. At this time, Picton was in the hands of the Wogans, barons of Wiston.

The castle had no internal courtyard, and originally the main block was protected by seven projecting circular towers. However, between the 17th and 18th centuries, the castle was subject to a great remodelling.

Since 1611, the castle has been lived in by the Philips family, descendants of Sir John Wogan. During the 17th and 18th centuries, the Philipses of Picton Castle were the most powerful family in Pembrokeshire and had tremendous political, social and economic sway over all aspects of local life. More on the history of the Castle.

Picton Castle comprises 40 acres of some of the most spectacular woodland gardens and grounds in West Wales. Known for its fusion of formal landscaped lawns and wild and untouched areas, a philosophy based on combining the rare and the familiar.

A stroll through the gardens will reveal woodland walks, ferns, a maze and wild flowers that intermingle with shrubs from all over the world. A unique feature of the Picton gardens are the Rhododendrons, raised over the decades by the head gardeners. Also rare species such as Myrtles, Embothrium and Eucryphia.

The Walled Garden is another captivating facet of Picton Gardens and boasts a a medicinal herb garden, a display of fountains, rose strewn arches and medicinal herbs labelled with all their remedies. For the explorer in you, seek out the door that leads to another feature of the gardens, the fernery, an intriguing habitat for less hardy fern species.

Map showing the location of Picton Castle in Pembrokeshire

The castle and gardens are now managed by the Picton Castle Trust, a charitable trust established in 1987 to secure the property’s long-term future.

For the art enthusiast, the art gallery is host to a variety of exhibitions, and the Castle is host to garden lectures and an open air theatre. The Courtyard is the centre of activity with not only a gift shop and children’s art room, but also the opportunity to enjoy a selection of home cooked food at Maria’s Mediterranean restaurant.

Picton Castle is open daily from April to September and there are guided tours of the Castle between 12.00 noon and 4.00 pm.

Further details can be found on the Picton Castle, Gallery & Gardens Web Site 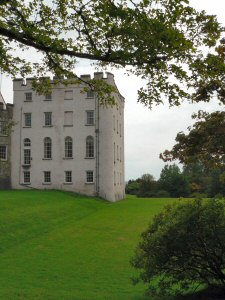 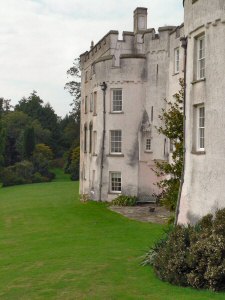 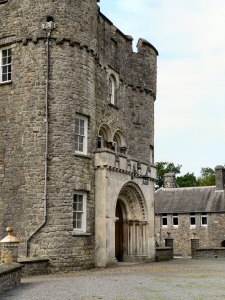 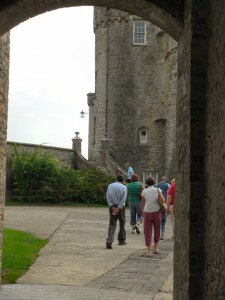 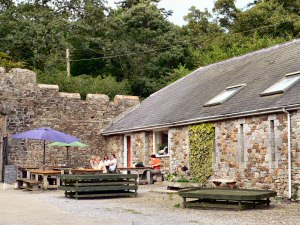 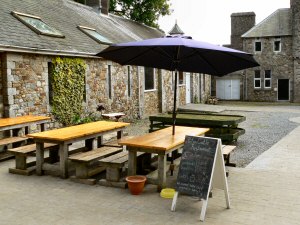 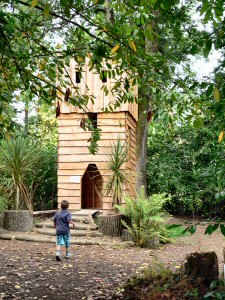 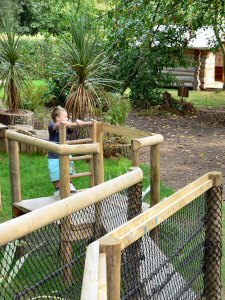 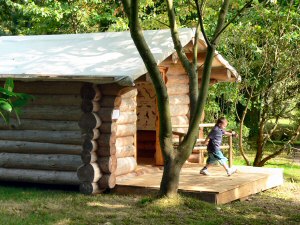 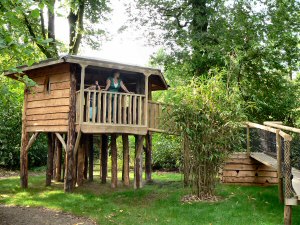