The Preselis are not a mountain range, rather a collection of gentle rolling hills. That is not to say that they are not spectacular in their own way – the views of the coastline and the vistas are impressive – but it is their intimacy with the little villages that nestle amongst their folds that makes them so different.

There are a number of places that are “off the beaten track” that are well worth exploring. A particular favourite of my family is Rosebush, where we generally end up at the Tafarn Zinc.

Afterwards we tend to walk it off on the climb to Cerrig Lladron (magnificent views of Pembrokeshire) or visit the Country Park at Llys y Fran and attempt part of the seven mile walk around its perimeter.

Many of the villages nestling in the foothills are very attractive, but the absence of thatched roofs makes them look very different from their West Country cousins.

Not far from Rosebush, however, is a unique thatched cottage – the last one built overnight, Ty Unos – built on land claimed “as far as an axe can be thrown from the front door” – A practice that the present day County Council planning department, I feel, would not approve of!

Further south is Scolton Manor Park with one of the most interesting museums of Victoriana that I have seen.
Of greater interest to families is that it has an excellent children’s playground, several picnic tables, a Tea Room and one of the only public toilets between the Preselis & Haverfordwest!

Map showing the location of the Preseli Hills in Pembrokeshire

If you are interested in pre-history, there a lot of stone circles in the Preselis and a dramatically sited neolithic burial chamber at Pentre Ifan and a complete reconstructed Iron Age village at Castell Henllys – thatched by local thatcher Alan Jones.

To the east is the Gwaun Valley. A secluded valley that time has almost forgotten about – well it has really, for it is one of the last remaining outposts of the Julian (47 BC) calender rather than the Gregorian (adopted 1752) Unlike the rest of the country, they celebrate the New Year on the 14th of January! 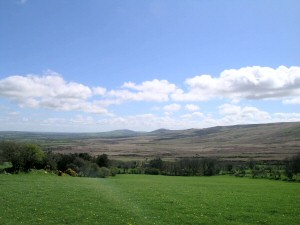 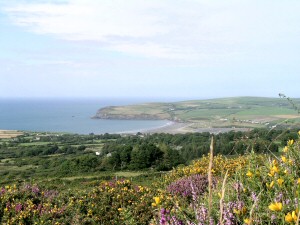 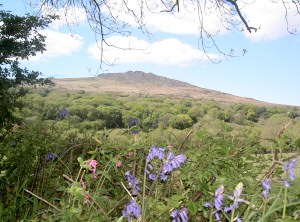 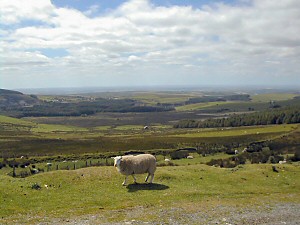