Photographs and Article about Cenarth

We show you some of the best spots in Carmarthenshire

Cenarth sits astride the Teifi – mostly in Carmarthenshire, but also partly in Ceredigion. There is a spectacular water fall and salmon leap and is one of the best places to see coracles in Wales. In fact, annual coracle races take place in Cenarth at the end of July.

The picturesque 200-year-old bridge is an attraction in itself and has featured in many tourist brochures about Wales. The walk beside the famous falls enables you to meander for some distance beside the peaceful Teifi.

There are a three cafe’s and two pubs (the White Hart & the Three Horseshoes) where you can enjoy a good meal or simply an afternoon tea. There is also a unique attraction – the National Coracle Centre which is set in the grounds of a 17th-century Flour Mill. There is also a restored eighteenth century Blacksmith’s attached to a craft shop. 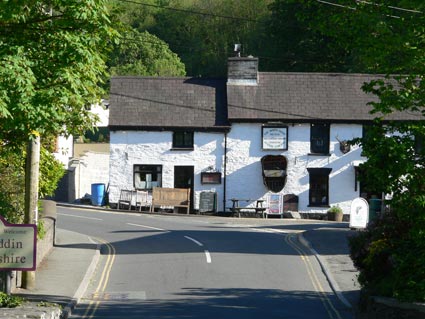 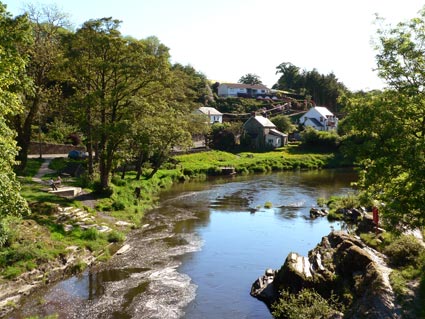 More things to do in Carmarthenshire

Photographs and Article about the Botanical Gadren of Wales

We show you some of the best spots in Carmarthenshire Built on the estate of the Middleton Family and...

We show you some of the best spots in Carmarthenshire Dating from the 12th century, the Abbey is now...

Two great attractions and a pub lunch in Kidwelly – all in one day Set just inland from the...